Download Add to Lightbox Add to Cart
Image 1 of 1
aviation-air-racing-corsair-113015.tif 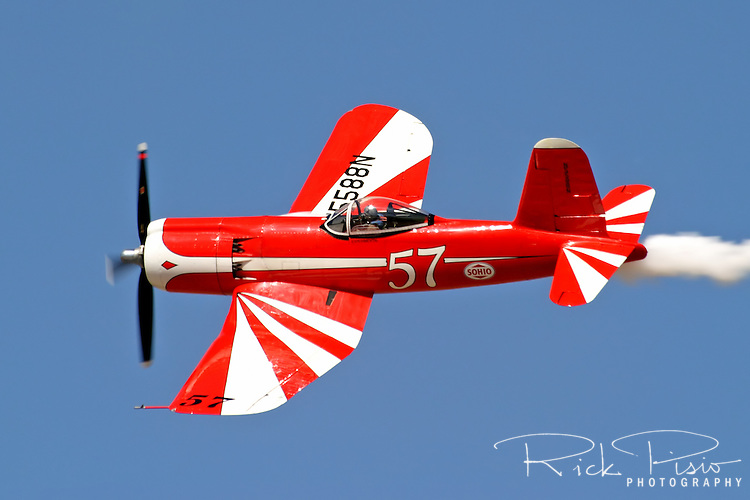 In March of 1944, Pratt & Whitney requested a F4U-1 Corsair from Vought Aircraft for evaluation of their new P&W R-4360,28 cylinder engine. Vought transferred F4U-1, BuNo 02460 (Birdcage Canopy) to see if the airframe and engine were compatible. The tests proved successful and Goodyear Aircraft of Akron, Ohio was given the F2G program.

N5588N, Race #57, was tested at Port Columbus, Oh. and NAS Patuxent from 10/45 to 7/46. After being stricken from Navy records in January of 1948 the aircraft was purchased by Cook Cleland, supposedly for spare parts. The aircraft was flown by pilot Ben McKillen Jr. in the 1949 Tinnerman and Thompson Trophy Races.

After passing through a number of owner the aircraft was acquired in 1996 by Robert Odegaard of Kindred, ND. who restored it to be the only flying F2G Corsair.
Rick Pisio\RWP Photography