Download Add to Lightbox Add to Cart
Image 1 of 1
aviation-warbird-corsair-030603.tif 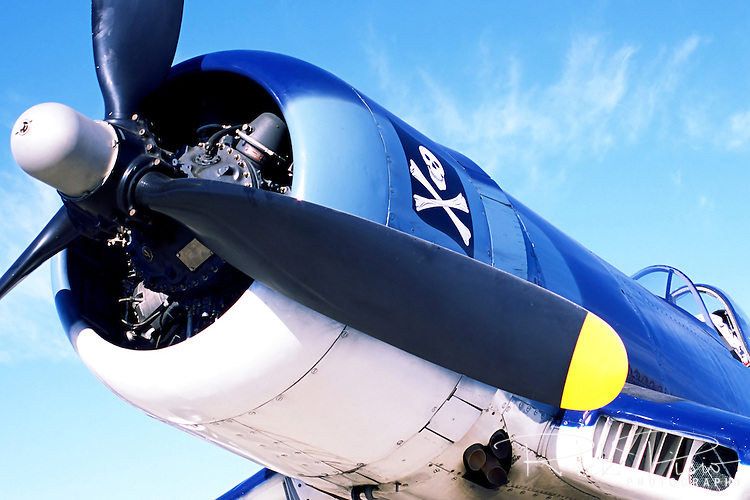 Powered by a 2000 HP R-2800 Double Wasp the Corsair was the first U.S. single engine production aircraft capable of speeds in excess of 400 mph in level flight. Designed by Rex Biesel and Igor Sikorsky of Vought Aircraft Company in 1938 many variants were produced by Chance Vought as well as Goodyear.

The Corsair was able to out climb and out dive the primary Japanese fighter, the A6M Zero. The aircraft's performance advantage, its ability to take severe punishment, and six .50-caliber Browning machine guns gave Navy and Marine pilots the advantage in the skies over the Pacific. Corsairs also flew in combat during the Korean War as well as the 1969 Football War between Honduras and El Salvador
Rick Pisio\RWP Photography