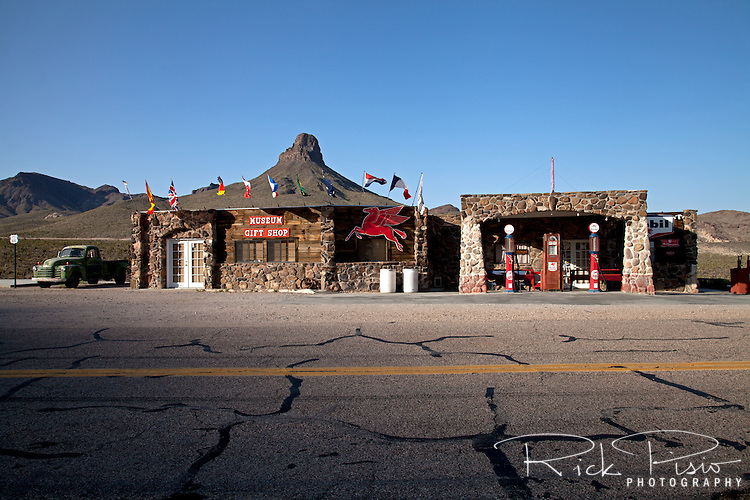 Located on the Oatman Road along the original Old Trails Highway offered a respite for travelers heading west over the Black Mountains. Cool Springs first opened in the mid 1920's and operated until the realignment of Route 66 in the 1950's slowed traffic on the old route to a trickle. In the mid-sixties a fire burned Cool Springs to the ground leaving nothing but fragments of the stone foundations and the original stone pillars.

In 1991 the building was temporarily rebuilt as part of the set for the Jean-Claude Van Damme and Dolph Lungren action movie "Universal Soldier" before being blown up at the end of the scenes that were filmed there.

In 2001 Ned Leuchtner purchased the site from the niece of Floyd Spidell, the last owner prior to the fire in the 1960's, and began a restoration project to bring Cool Springs back to its former glory. Recently the cafe was rebuilt and opened as a museum that features nearly every Rolling Stones album, with autographs!
Rick Pisio\RWP Photography