Download Add to Lightbox Add to Cart
Image 1 of 1
california-column-giants-105308.tif 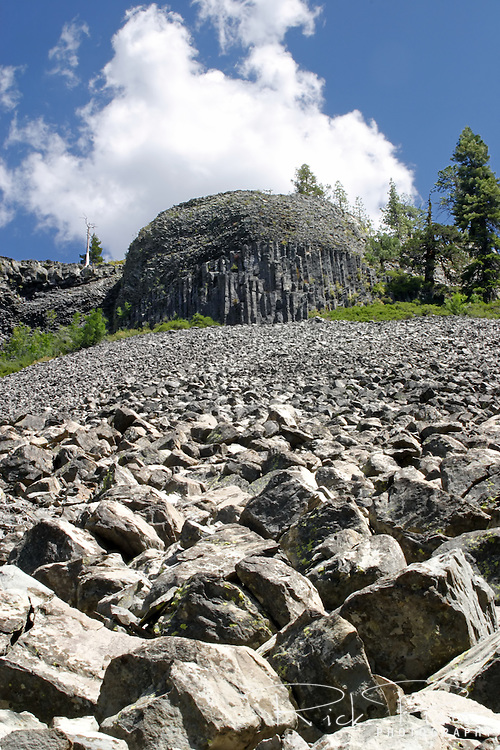 Located in Tuolomne County, California, near the Dardanelle's on Hwy 108, the Column of the Giants were formed from two or more lava flows. The cooling of the rock caused shrinking that resulted in horizontal tensions that caused the lava surface to crack into polygonal patterns. As the cooling progressed deeper into the flow, so did the shrinkage; as a consequence, the surface cracks extended deeper and deeper into the lava as well producing the columns that can be seen today.

As the giant columns broke and fell, the resulting talus slope covered up and helped preserve remnants of ancient ice fields. Today this field is replenished each year by the winter snow and cold temperatures. During the summer cold breezes can be felt coming up through the talus material from the ice field below creating a natural refrigerator among the rocks.
Rick Pisio\RWP Photography