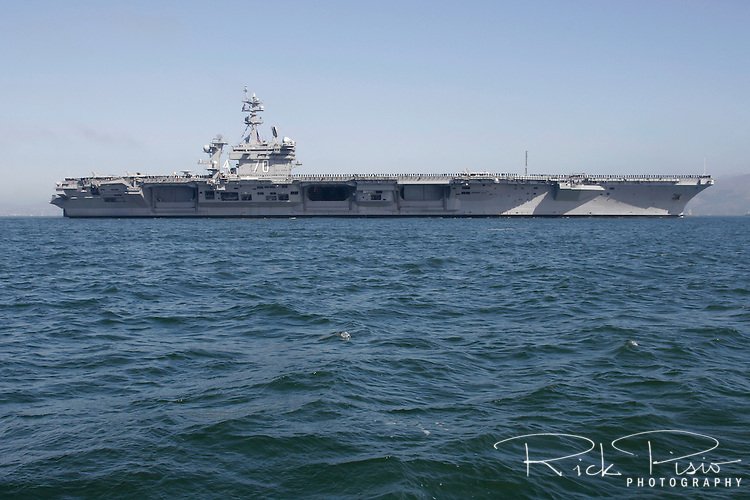 The USS Carl Vinson (CVN 70) enters San Francisco Bay. The Vinson is the third of the United States Navy's Nimitz class supercarriers. During 2011 CVN 70 was the last place that Osama Bin Laden's body was before being buried at see and on 11/11/11 it played host to the first NCAA basketball game to be played on an aircraft carrier.
The Vinson's keel was laid at Newport News Shipbuilding on 11 October 1975, and on 15 March 1980 the ship was launched/christened. She was delivered to the Navy on 26 February 1982.
Rick Pisio\RWP Photography