Download Add to Lightbox Add to Cart
Image 1 of 1
aviation-warbird-liberator-110806.tif 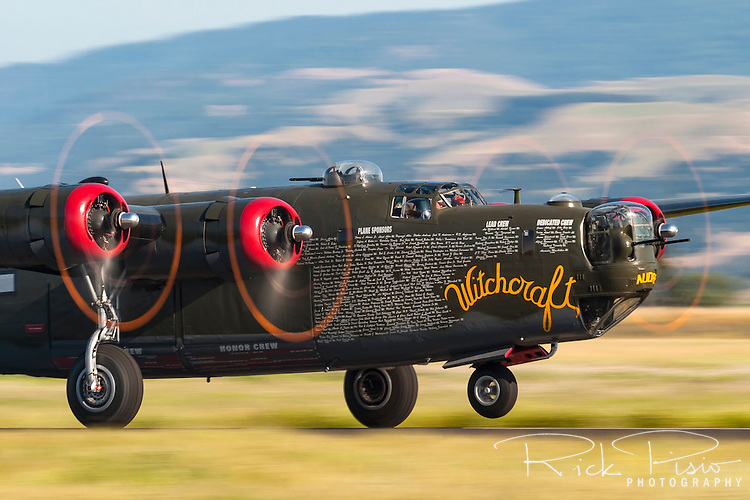 The Collings Foundation B-24 Liberator "Witchcraft" gets airborne while on a stop in Livermore, California. The Liberator was built in 1944 by Consolidated Aircraft in Fort Worth, Texas, and originally delivered to the US Army Air Forc. It was later transferred to the Royal Air Force and saw combat in the Pacific Theater. After the World War II the B-24 was abandoned by the British in Khanpur, India. In 1948 the Indian Air Force restored 36 B-24's to operational status and utilized them until 1968.

The restoration of the B-24 was started in 1985 and involved complete disassembly of the plane and work on 80% of the Liberators 1.2 million parts. The work required overhaul or replacement of the entire hydraulic system as well as cables, hardware, and bearings. The overhaul also required replacement of over 420,000 rivets.

In 2004 the Collings Foundation chose to honor the 8th Air Force and all who served in England as well as the European Theater of Operations by repainting the aircraft olive drab in the scheme of "Witchcraft" an aircraft assigned to the 467BG, 790BS that compiled an amazing record of 130 combat missions.
Rick Pisio\RWP Photography