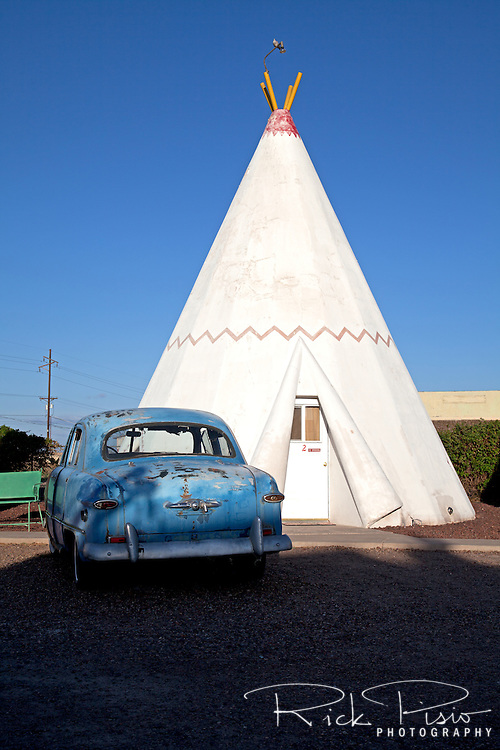 Located on Route 66 in Holbrook, Arizona, Wigwam Village #6 was built by Chester E. Lewis in 1950 and based on the original plans patented by Frank A. Redford in 1936. The motel consist of fifteen concrete and steel teepees, each with a base diameter of 14 feet, clustered around a main office building. Lewis operated the motel until 1974 when the Interstate bypassed downtown Holbrook. Chester died in 1986 and two years later his sons Clifton, Paul, and daughter Elinor renovated the motel and reopened it in 1988.

Wigwam Village #6 continues to be run by the Lewis family. In keeping with the originality theme the rooms contain the original restored hickory furniture, two double beds, cable TV and a window mounted air conditioner; there are no telephones or Internet access. A number of Vintage restored automobiles from the 1960s and earlier are located throughout the parking area.

Of the original seven Wigwam Villages that were built Wigwam Village #6 is one of three that remains. The other two are located in Rialto, California, also on Route 66, and Cave City, Kentucky. In 2006 the motel was placed on the National Register of Historic Places.
Rick Pisio\RWP Photography