Download Add to Lightbox Add to Cart
Image 1 of 1
aviation-flying-boxcar-AV121617.tif 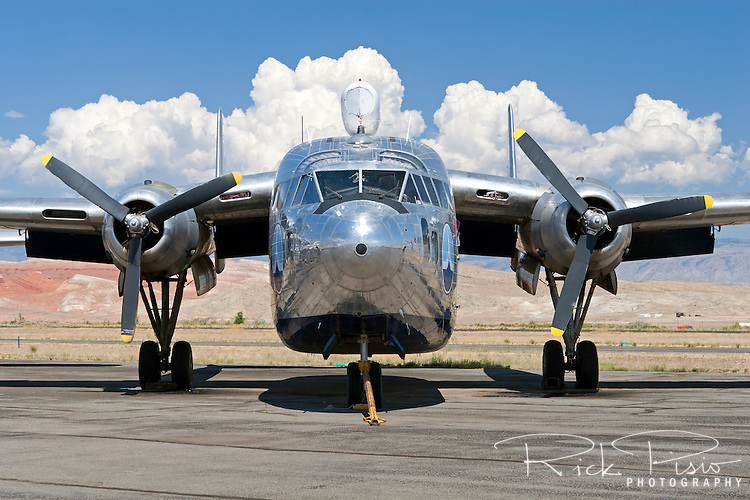 C-119 Flying Boxcar (N15501) was manufactured by Fairchild Aircraft Company in 1968 and was formerly owned by Hawkins & Powers of Greybull, Wyoming. Hawkins and Power's, once renowned for their aerial firefighting aircraft, flew N15501 to Africa to film the opening sequences of the 2004 remake of the film Flight of the Phoenix. Three other ex USMC C-119Fs were used in various wreck scenes.
The Air Force C-119 Flying Boxcar (Navy R4-Q) was initially a redesign of the Fairchild C-82 Packet that was built between 1945 and 1948. The C-119 addressed many of the shortcomings of the Packet with more usable cargo space, more powerful engines, and a stronger airframe. The first C-119 was delivered in December of 1949 and saw extensive action in the Korean War as a troop and equipment transport. Later versions would be modified for satellite tracking or as a "Stinger" gunship. and A total of 1185 C-119's were built and were in service with the Air Force until 1973. Civilian-operated C-119s were used as firebombers and transports in the northwest United States.
Rick Pisio\RWP Photography