Download Add to Lightbox Add to Cart
Image 1 of 1
ship-uss-potomac-132430.tif 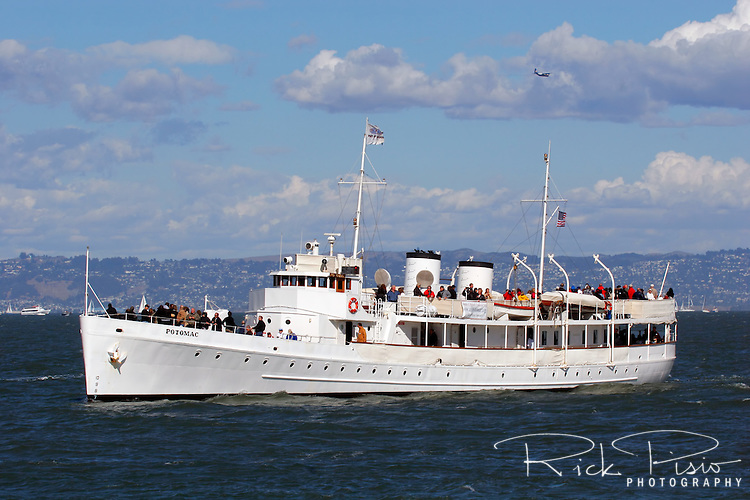 After President Roosevelt's death, the USS Potomac was decommissioned from the US Navy in 1945. She subsequently served with the Maryland Tidewater Fisheries Commission and was used as a ferry boat between Puerto Rico and the Virgin Islands. In 1964 she was purchased by singer and actor Elvis Presley, for US$55,000, his sole intention being to bequest it to St. Jude Children's Hospital, in Memphis, as a fund raiser. The hospital was able to sell it, that same year for US$ 75,000 and, by 1980, she was involved in drug smuggling and was seized by the US Customs in San Francisco. She sat in drydock in Sausalito for many years before being towed to Treasure Island, where she sank in 1997.

After being refloated by the U.S. Navy just two weeks later, the Potomac was sold to the Port of Oakland for $15,000 and underwent a major restoration. She is now preserved by the Potomac Association, and berthed adjacent to Jack London Square on Oakland's waterfront. She is open to dockside tours and regular cruises on San Francisco Bay.
Rick Pisio\RWP Photography